PlotDevice is designed to output PDF documents, images, and movies. In general it makes the trade-off of output quality over realtime responsiveness. If you’re looking to make something with low-latency interactivity (or other general whizzy-ness) you’re probably better off with a tool like NodeBox for OpenGL or Processing.

However, if you do want to experiment with interactivity in PlotDevice, there’s some built-in support that might be of help to you. This assumes you already know how to make an animation in PlotDevice.

Interacting with the mouse

In a PlotDevice animation, there are three predefined variables that store the current position of the mouse cursor and the state of the mouse button:

You would typically use the mousedown variable in an if-statement:

Interacting with the keyboard

Three predefined variables store the keys a user is pressing during a PlotDevice animation:

The key and keycode variables are updated as long as any key is being pressed.

A fun example is this little sketch application. It builds up a list of points you’ve clicked-and-dragged over then draws a smooth bezier path connecting the vertices at every frame. 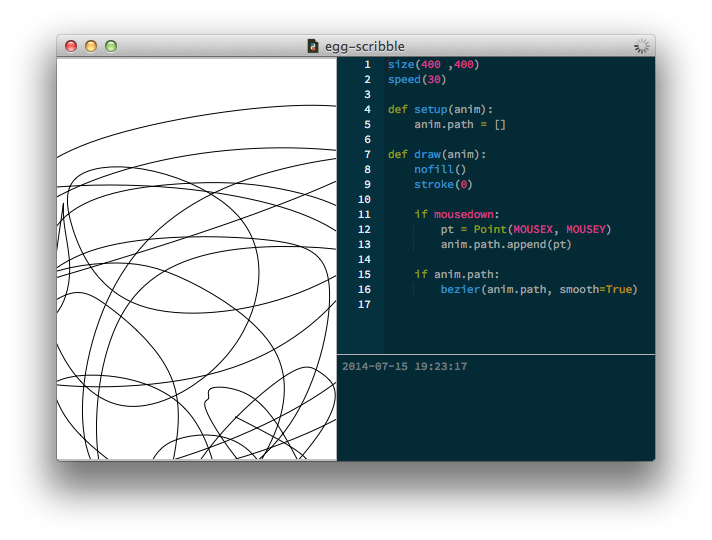