The SVG library gives control over vector work imported into PlotDevice. Rectangles, circles and paths from an SVG file are imported as native PlotDevice paths, so their individual points and colors can be manipulated (see the tutorial on Paths).

’SVG’ means Scalable Vector Graphics and is an XML format. You can save SVG files from Inkscape and Illustrator. Hand-draw your shapes there and then manipulate them further in PlotDevice.

Put the svg library folder in the same folder as your script so PlotDevice can find the library. You can also put it in ~/Library/Application Support/PlotDevice/.

To export files as SVG from Adobe Illustrator do the following: 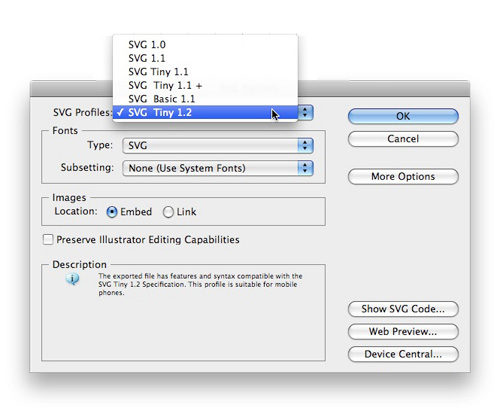 The parse() command reads SVG source and returns a list of paths that are drawable with drawpath(). The command has an optional cached parameter. When set to True, the SVG source is analyzed only once and the parsed paths stored in memory so they load faster.

Each returned path in the list has the following properties:

These can be used to copy color information from the original vector drawing. Read the tutorial on paths to see what you can do with the points of a path.

For example, here’s one of Ludivine Lechat’s Illustrator drawings. We can import the paths into PlotDevice. Those that have a fill color will retain their original fill. 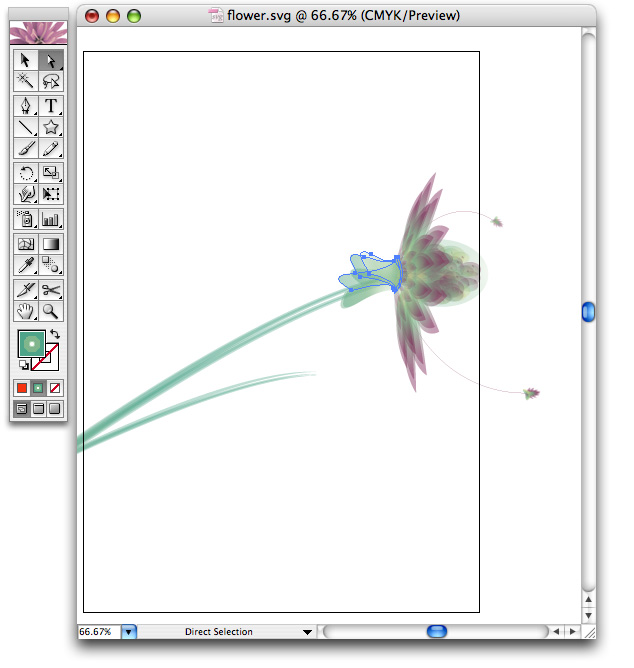 In the following example we override the colors in the original document. We only fill paths that are closed, in shades of the same color: 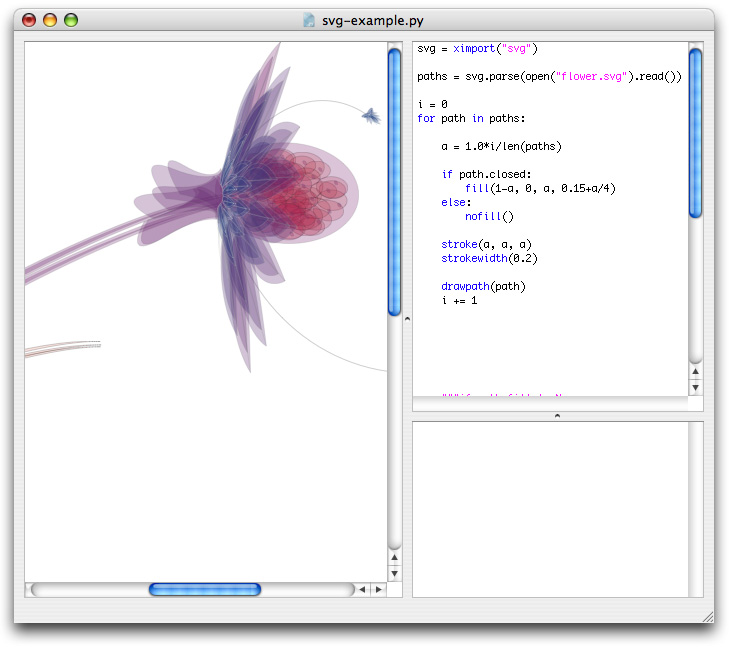 Since all of the imported artwork are standard PlotDevice paths, I can also manipulate them with path mathematics, transform them like the LetterKnitter. After some fumbling with paths and a nice gradient background, here is a hairy version of our flower. The bottom paths are darker to create a sense of depth. 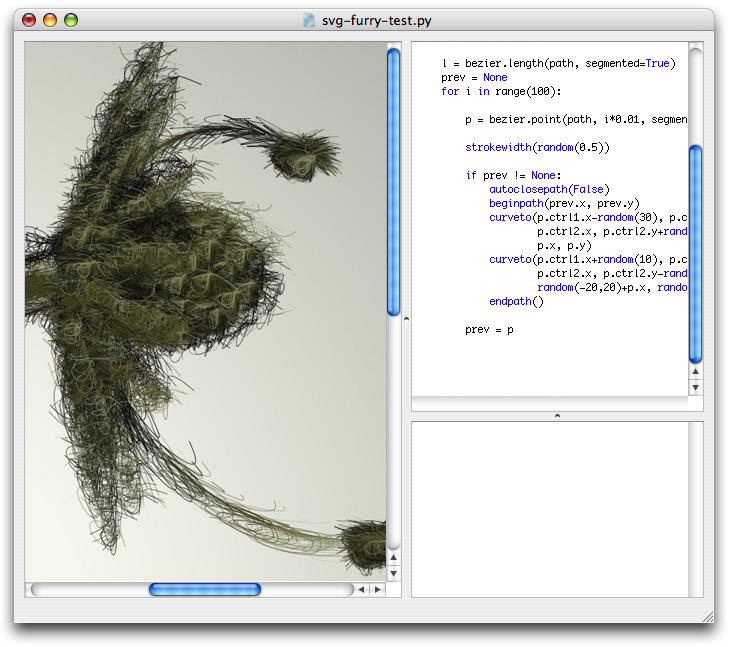 Below is some example code used to alter the path.
You can see it in use in the Superfolia project in the gallery.

Transforming a group of paths

When you import an SVG file a list of paths is returned. All of these paths may make up a single drawing and you may encounter difficulties when rotating and scaling the drawing a whole. Below are two commands to help you along.

The first command, bounds(), calculates the position and total size of a list of paths. The second command, drawpaths(), draws all of the paths rotating and scaling from the given origin. By default origin is (0.5, 0.5) which means the center of the group.

Finally, remember that when you want to supply one path multiple times to drawpath(), each with its own translation and rotation, you need to feed copies of the path to drawpath: