PlotDeviceThe Bezier path editor offers an interactive way to construct paths in PlotDevice. Some things are better done with the mouse than with code and creating smooth paths just the way you want is one of them. This straightforward editor allows you to create paths by adding and moving path points, dragging handles, drawing in freehand and organising points on a grid.

The path you create is automatically stored in an SVG file. You can then import the file with the SVG library in other PlotDevice projects to do all sorts of fun and programmatic things with your path. You can also import the SVG file in Illustrator or Inkscape to fine-tune it.

Using the Bezier editor is simple enough. Just open one of the included examples and you’re basically ready to go. You can fine-tune and copy the examples according to your own needs.

To get an idea of how the library works, take a look at the movies below. 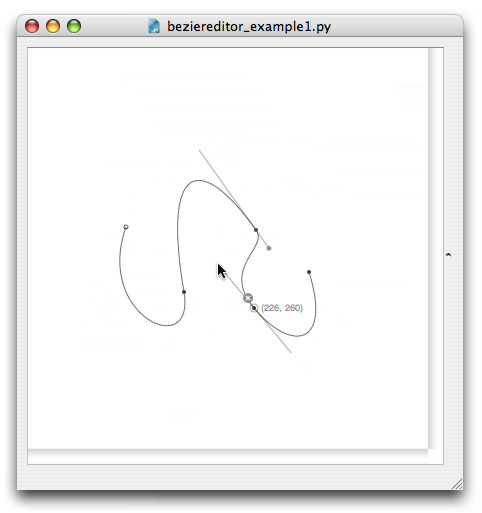 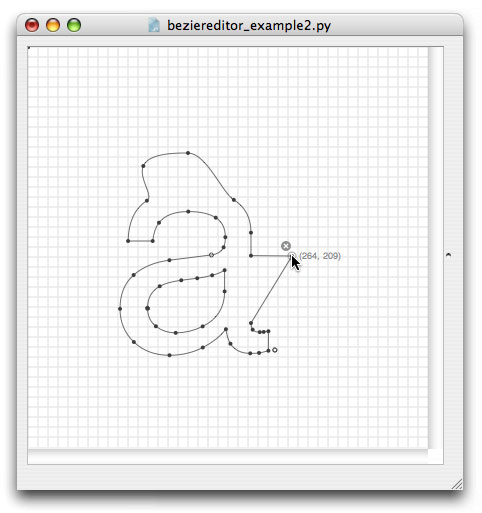 Play movie | the second example script shows you how to import an existing path. 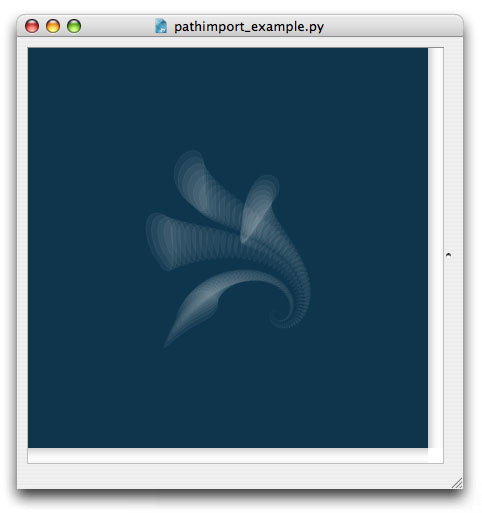 The third example script shows you how to import the resulting SVG file in another PlotDevice project.

Controls in the editor

Keep in mind that the bezier editor is a lightweight and experimental tool - it will react a bit sluggish when you work with a lot of points. Use it to quickly sketch things in PlotDevice without having to switch to a third-party vector application. For really complex paths, use code or a professional vector editor like Illustrator or Inkscape.